FINAL RELEASE--PRICES SLASHED--WE SAVED THE BEST FOR LAST! REDUCED BY $25,000, THIS STUNNING 2/2 HAS AN ATTACHED 2 CAR GARAGE W/LAUNDRY HOOK-UPS AND 2 OUTDOOR...
View details... 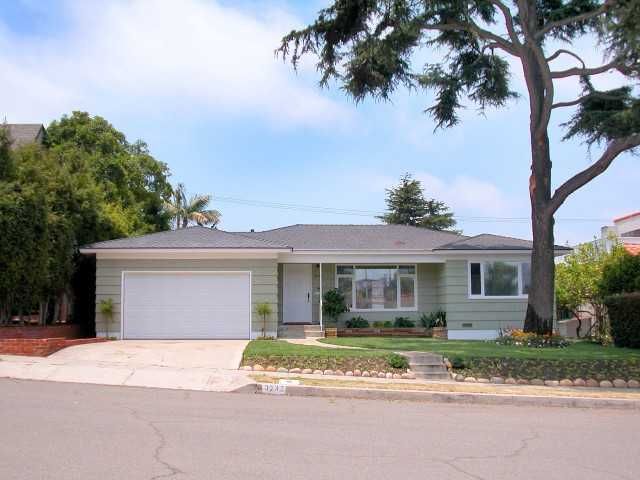 Charming 1950's home with gleaming hardwood floors and vintage tile in kitchen and bath. With bigger than average living spaces than most homes of this...
View details...

See how I can get you more

Get to know me better

San Diego’s North County Coastal stretches from beautiful Del Mar on the south coast north to the border of Orange County through Camp Pendleton and includes the following cities and communities:

Click on an area of the below map to get more detailed information:

Del Mar - Where the Surf Meets the Turf

If you’ve ever stepped into to Del Mar you’ll understand the reason for the popularity of this gorgeous seaside community. Noted for its small community charm, magnificent beaches, fair weather, a picturesque town center, and a world renown horse racing track, Del Mar is a dream location for residents and one of California’s most sought after vacation rental destinations.

In Del Mar you have two square miles of coastal land presenting ocean views over the Pacific. Del Mar a small, coastal town of the San Diego County is bounded by the Pacific Ocean to the west, Solana Beach to the north and the City of San Diego to the south and east. Due to Del Mar’s charm with beautiful beaches and its location just a short drive from La Jolla and Sorrento Valley business and research centers, it continues to be one of the most popular areas in the greater San Diego County. Thousand of visitors visit Del Mar in the summertime for the San Diego County fair as well to attend the horse races that last for 3 months out of the year.

The original area name for this beautiful location was called, North City West by marketing challenged city planners, the master planned community of Carmel Valley located in the northern-most part of the City of San Diego is one of the most sought after upscale communities in San Diego County with rolling hills, excellent schools districts, and extensive retail locations . Carmel Valley enjoys the perfect location, just two miles from the Pacific Ocean and immediately east of Del Mar across I-5. Moreover, recent improvements to the freeway provide an easy commute to North County and downtown San Diego.

Bordering the areas of Rancho Santa Fe and South Carlsbad, Olivenhain (pronounced Oh-LEE-ven-hine) is one of five communities that incorporated in 1986 to form the large city of Encinitas. This low density community consists of about 1,500 homes on lots that average two acres in size, with a projected build out of 1,616 homes total. Characterized by two-lane winding roads lined with eucalyptus trees, trails for horses, bicycles, and pedestrians, and the "Dark” policy, which in turns limits outdoor lighting, Olivenhain is a rural heaven that is aggressively protected by their proud residents.

Solana Beach is a quiet but charming North County beach front community of about 15,000 residents. Approximately a 30 minute drive from downtown San Diego, this small city is only 4 squares miles, nestled on 1.7 miles of ocean front between Del Mar to the south and Cardiff-By-The-Sea to the North.

Solana Beach boasts four wonderful beaches, the Santa Fe Train station, which provides an easy commute to Downtown or north to Orange County and LA, golf courses, the eclectic Cedros Design Center, and also a highly sought after elementary school district that is consistently ranked top in the United States.

With over 3 miles of shoreline, Cardiff-by-the-Sea is the ultimate beach community of under 15,000 residents located within the City of Encinitas. Real estate homes are at a premium here, with many of the hillside properties offering spectacular Pacific Ocean views. Moreover, Cardiff boasts an upcoming retail sector focusing on exquisite cuisine and close proximity to downtown Encinitas shopping district.

Encinitas is a coastal city of northern San Diego County, with a total population near 60,000 people. Encinitas is located about 25 miles north of San Diego, and can be categorized as a beach community serving families of all ages and demographics. Downtown Encinitas, which sits on Highway 101, is filled with many retail boutiques and restaurants. Encinitas is often considered one of the better surf location’s in San Diego County.

Carlsbad is a seaside resort-town in the North County section of San Diego County, California. Carlsbad has a total population nearing 100,000. Carlsbad was incorporated in 1952, in large part to generate sufficient funding to connect with the water pipeline running through San Diego County, but also to avoid being annexed by Oceanside. It is one of the most expensive coastal cities in North County, San Diego, and one of the highest-income places in the country.

The city has drafted ordinances protecting sensitive wildlife habitat, one of the first such ordinances within the state of California. The city has also promised to protect a certain amount of land within city limits from development of any kind, along with spending significant funds to restore habitats destroyed by newer development projects.

Because of its coastal location, scenic beauty, relatively low population density, thriving commercial sector, abundance of upscale housing, and high performing school districts, the city is seen to have a high quality of life. Land is also a premium, thus, real estate is rather expensive even for Southern California.

Located on the northern edge of San Diego County, Oceanside is a beachfront community with 3.7 miles of pristine beach that attracts over 4 million visitors annually who surf, swim, jog, bike, tan or stroll the inviting beaches and the beachfront Strand.

Oceanside is the third-largest city in San Diego County. The city has a population of 173,303. Together with Vista and Carlsbad, it forms a "Tri-City area." The city is located just south of Camp Pendleton, the busiest military base in the United States. Oceanside has experienced dramatic growth since 1970, when its population was 45,000. Much of the city's area was developed into single-family home tracts during the 1970s and 1980s. Since the 1990s, increased commercial and industrial development have diversified Oceanside's economic base. 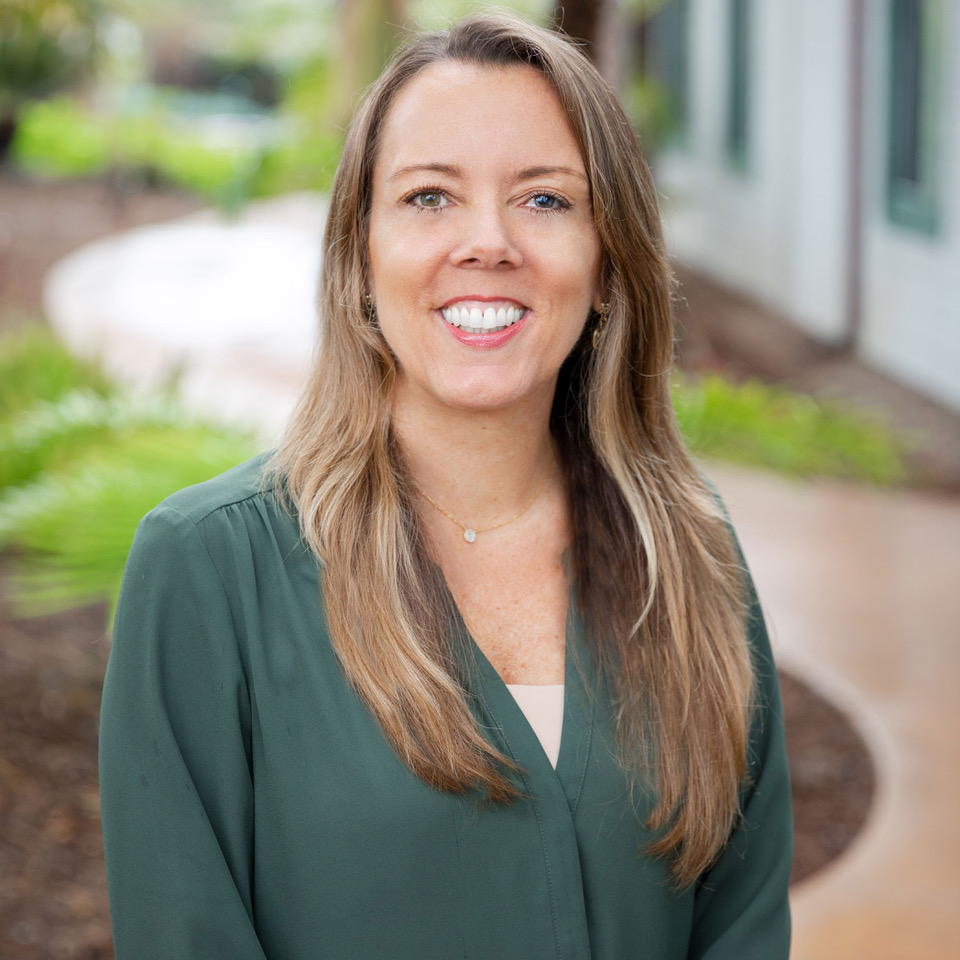 Let's discuss your next home sale or purchase, with no obligation.

This information is deemed reliable but not guaranteed. You should rely on this information only to decide whether or not to further investigate a particular property. BEFORE MAKING ANY OTHER DECISION, YOU SHOULD PERSONALLY INVESTIGATE THE FACTS (e.g. square footage and lot size) with the assistance of an appropriate professional. You may use this information only to identify properties you may be interested in investigating further. All uses except for personal, non-commercial use in accordance with the foregoing purpose are prohibited. Redistribution or copying of this information, any photographs or video tours is strictly prohibited. This information is derived from the Internet Data Exchange (IDX) service provided by San Diego Multiple Listing Service, Inc. Displayed property listings may be held by a brokerage firm other than the broker and/or agent responsible for this display. The information and any photographs and video tours and the compilation from which they are derived is protected by copyright. Compilation © 2022 San Diego Multiple Listing Service, Inc.